I have very much been looking forward to publishing this piece so naturally have kept putting it off in fear of not doing it the justice it deserves. Malcolm is a boat builder and restorer who lives and works with his partner and fellow worker Pam. Over the years, Malcolm has developed a body of work and expertise in the Canal industry as well as having a number of historic narrow boat restorations under his belt. 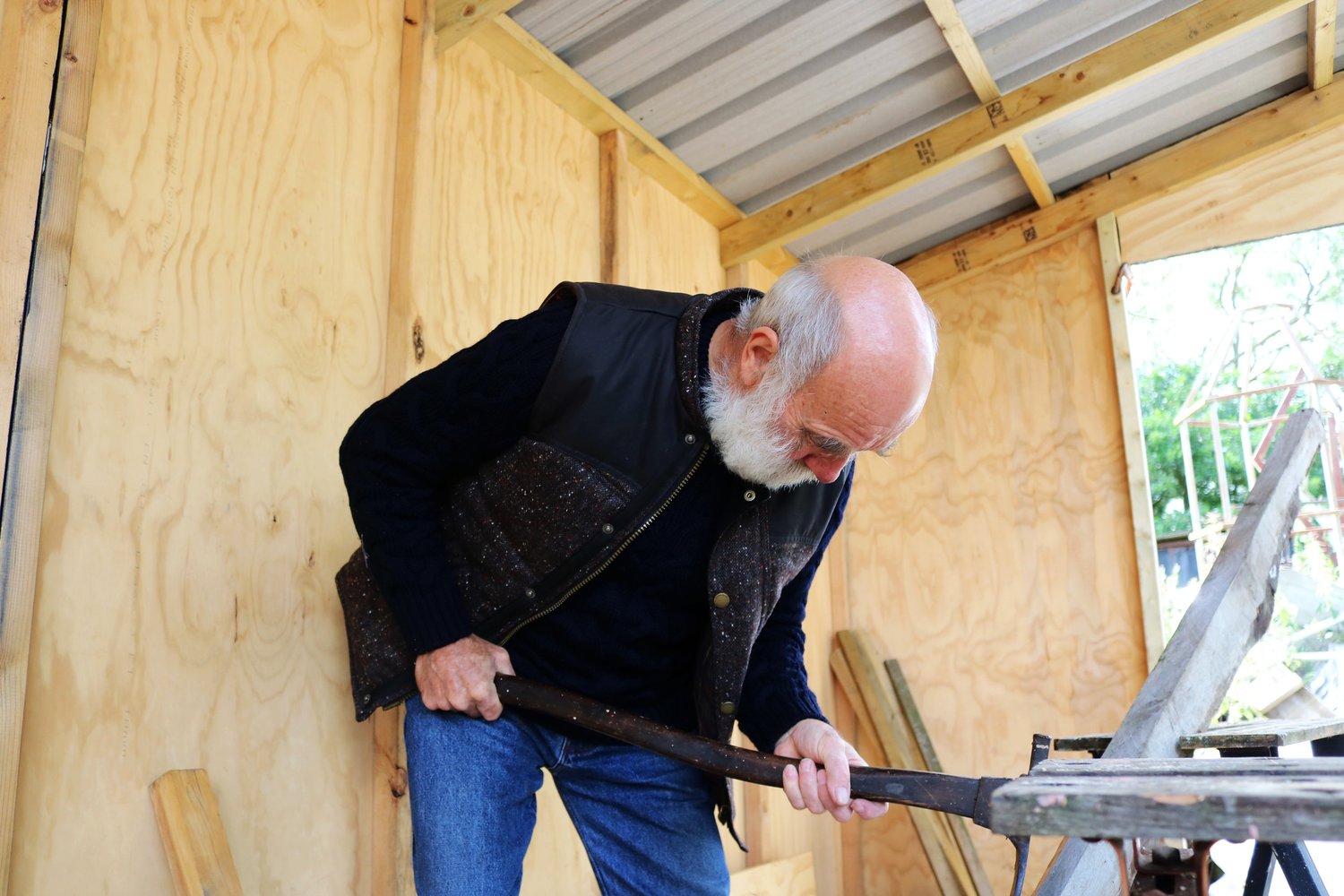 Among these roles Malcolm is also my Grandfather and what child wouldn’t relish spending their school holidays on a boatyard; building, exploring and always running a little too close to the canal’s edge. My Grandma Pam would teach me to paint roses in the same, traditional style that she painted on the narrow boats and Malcolm would let me and my brother work the locks when we were out boating: A task to be taken very seriously as a child (and often with some help from Dad).

They taught me a great deal about patience, hard work and what it means to live a life of quality so I wanted to share a little of their world in the form of a chat with Malcolm and some photographs of him working in Peregrine Clothing. 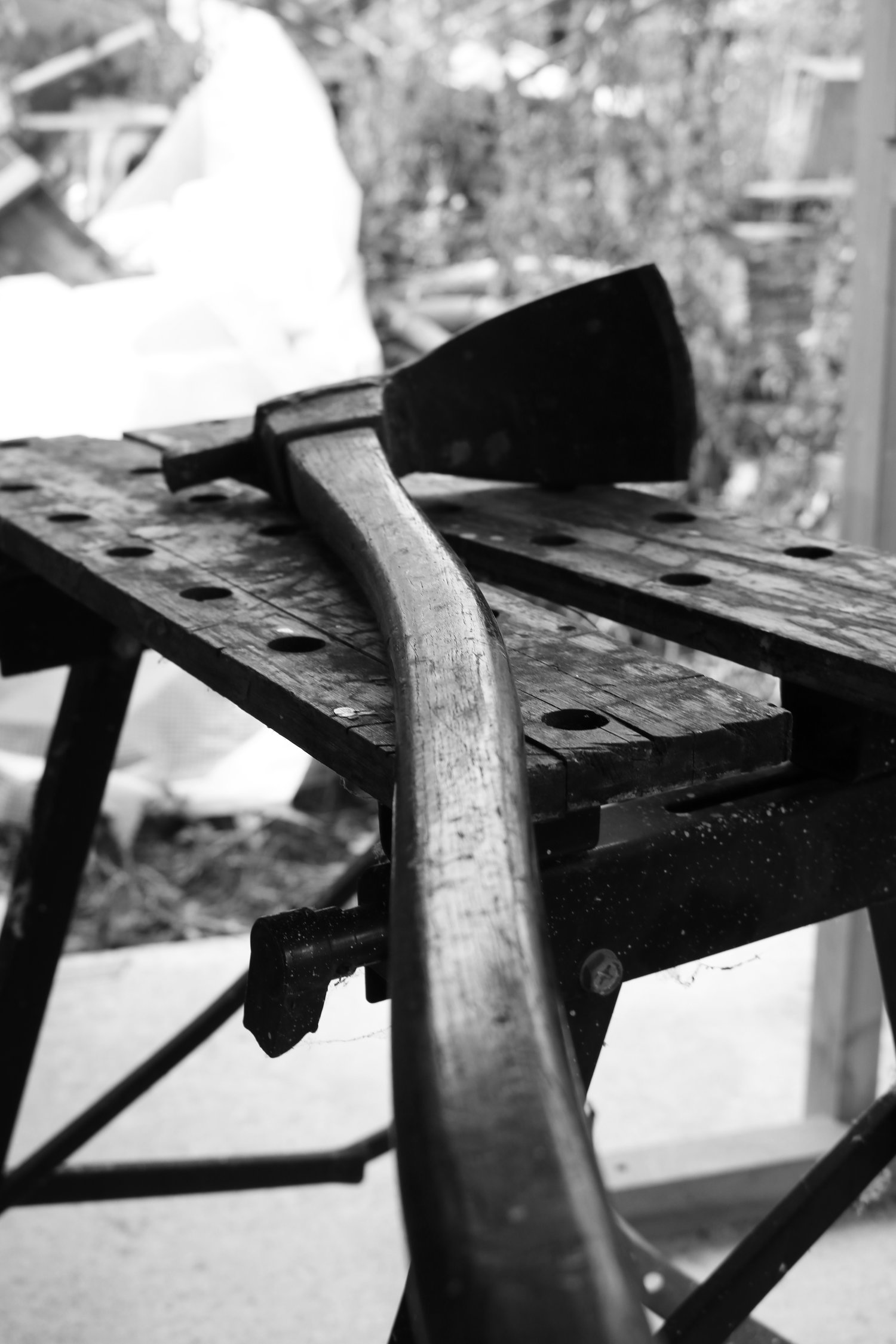 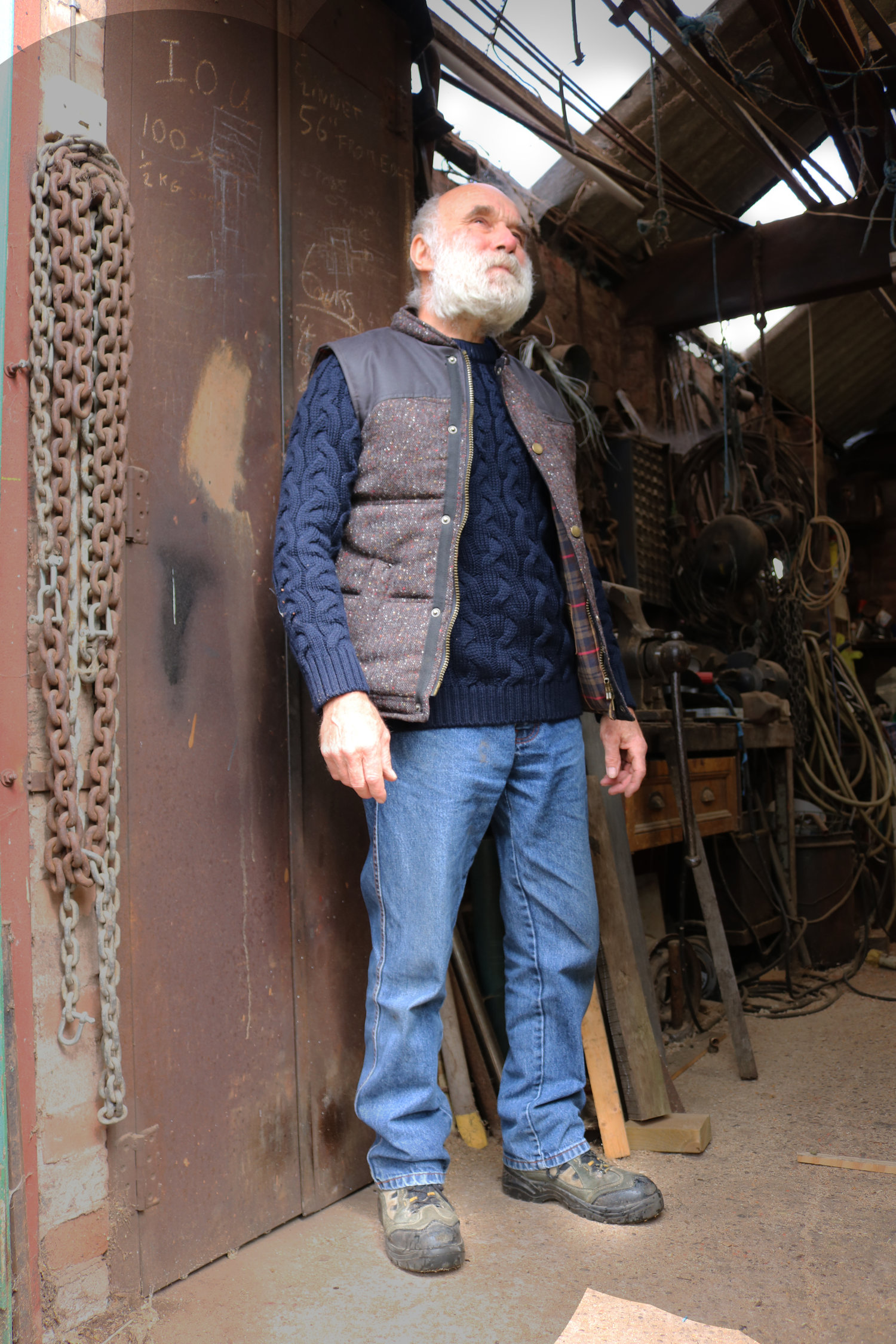 My name is Malcolm Webster.

I moved to the Cheshire area in the early 1970’s, where, by chance, I discovered the inland waterways system. This was only a few years after the last working boats (carrying cargo) had ceased trading. I became fascinated with these , now ex-working, craft  and with my partner Pam set about restoring one for our own use.

I had no formal training as a shipwright or boatbuilder, but was brought up by a practically minded father, who paid great attention to detail and always deemed it better, where possible, to make something oneself, rather than buy it!

During the restoration on our first boat, it was noticed by onlookers that I had some aptitude for the job and thus by chance, certain other work was put my way. One thing led to another and within a few years I had gained a reputation for being one of the few people in the country capable of carrying out extensive repairs on wooden canal boats to an acceptable standard. Not surprising since the demand was not exactly overwhelming, but gratifying nonetheless. Importantly though, it is always my hope that I have been engaged because my work is seen as something  a bit in excess of “acceptable”.

Many major contracts have now been completed, from relatively small jobs to complete rebuilds and including work for the National Waterways Museum and preservation societies. The business was consolidated when we acquired premises on the Trent and Mersey canal in 1983 and developed it into a working boatyard.

Perhaps the most important aspect of the work is that of “getting it right”, both in the interpretation and realization of the project in hand and never accepting less than one’s best effort. There is no pleasure or satisfaction to be gained by sub-standard application or workmanship. Sadly this is not always displayed  in the goods and equipment I buy, so I am always particularly gratified when I come across products where thought, design  and quality are clearly uppermost in the minds of the designers and makers. I am very pleased to have found this to be the case with some recent clothing supplied by Peregrine.  Although they do not supply the requisite “boilersuit”, necessary for much of the extreme protection, their woollen wear and jackets provide all the comfort, warmth, quality and  style commensurate with my work. If I were a clothing designer, I would be pleased to be part of their team.

Malcolm’s work continues as does ours but we are taking a moment this Monday morning to be grateful for all of the quality things in our lives and the satisfaction and joy in working hard at something you love. 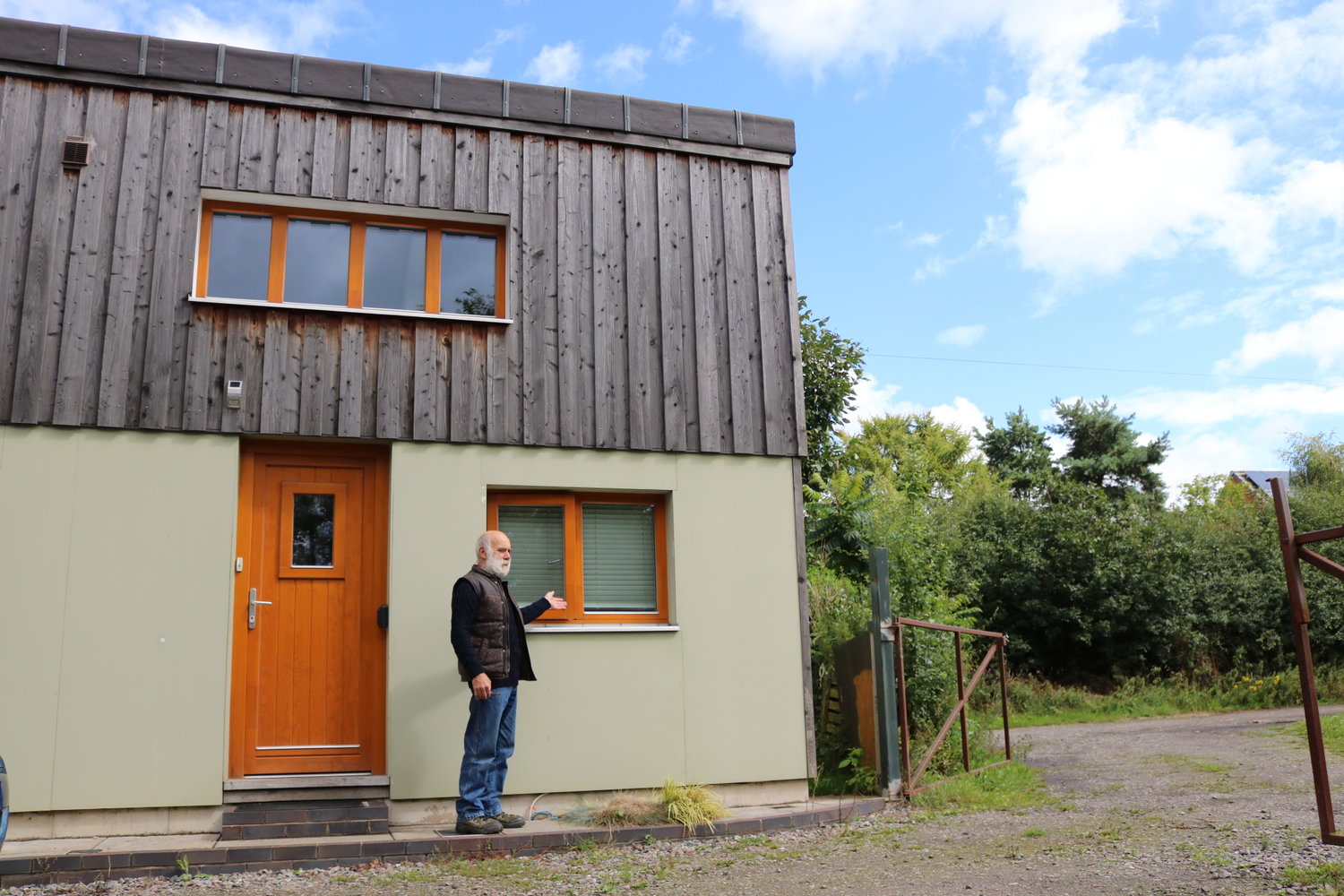